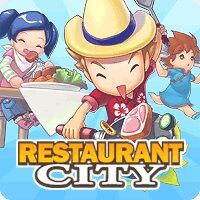 While playing, awards can be obtained for doing certain deeds, including gaining a level 10 dish, helping friends, fixing toilets, and more. There are three tiers of each award.

Restaurant City has closed down as of June 29, 2012. However, there is a relaunch by fans of the game called Restaurant City 2016 but doesn't have the new features quite yet, and a remake Food Friends that is similar to the old game.

Community content is available under CC-BY-SA unless otherwise noted.
Advertisement